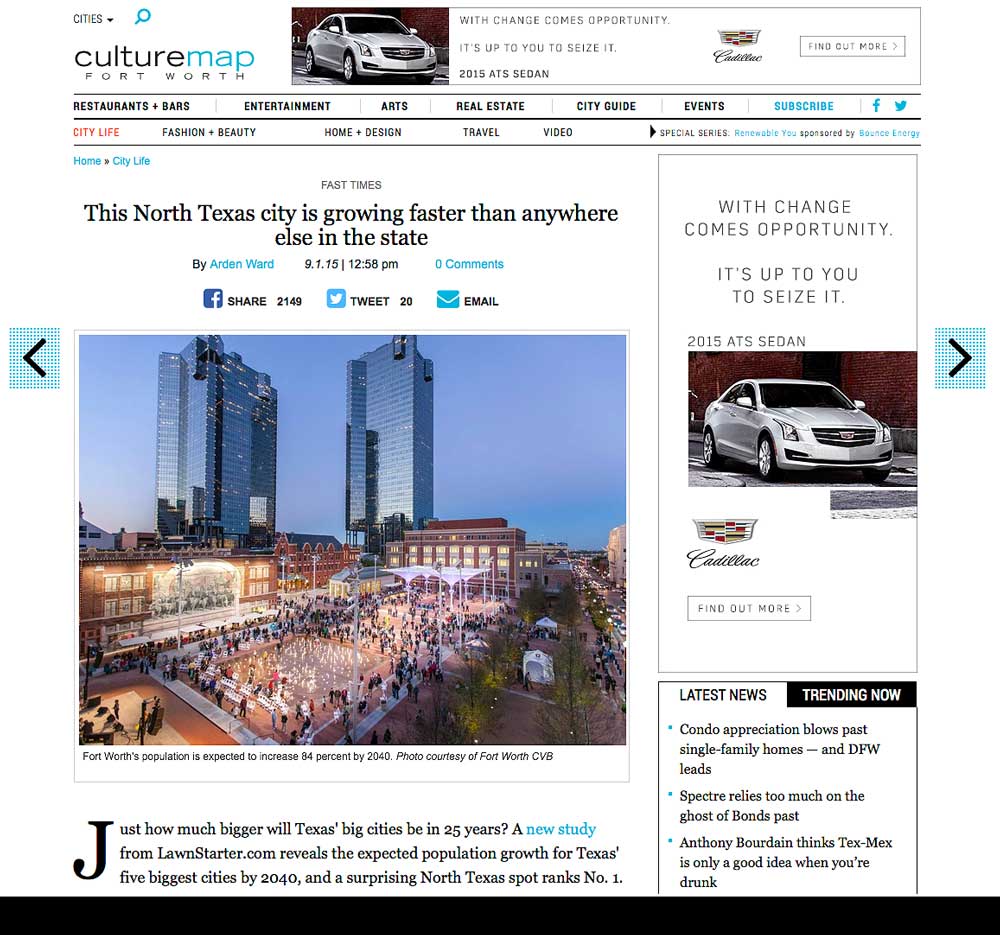 Just how much bigger will Texas’ big cities be in 25 years? A new studyfrom LawnStarter.com reveals the expected population growth for Texas’ five biggest cities by 2040, and a surprising North Texas spot ranks No. 1.

Fort Worth is poised for the most explosive growth among big cities in Texas, according to LawnStarter.

“The Texas Water Development Board’s projections indicate Cowtown’s headcount will approach 1.5 million in 2040. Translation: a population surge of nearly 84 percent from 2014 to 2040.” Fort Worth boasts a strong job market, proximity to DFW Airport, and a vibrant downtown.

“Fort Worth has a long way to go to catch up to Dallas, but Fort Worth has an advantage that Dallas doesn’t have: Fort Worth can annex. And Fort Worth has been smart enough to annex ahead of development,” Bud Weinstein, a professor at Southern Methodist University who studies population trends, told KXAS TV…