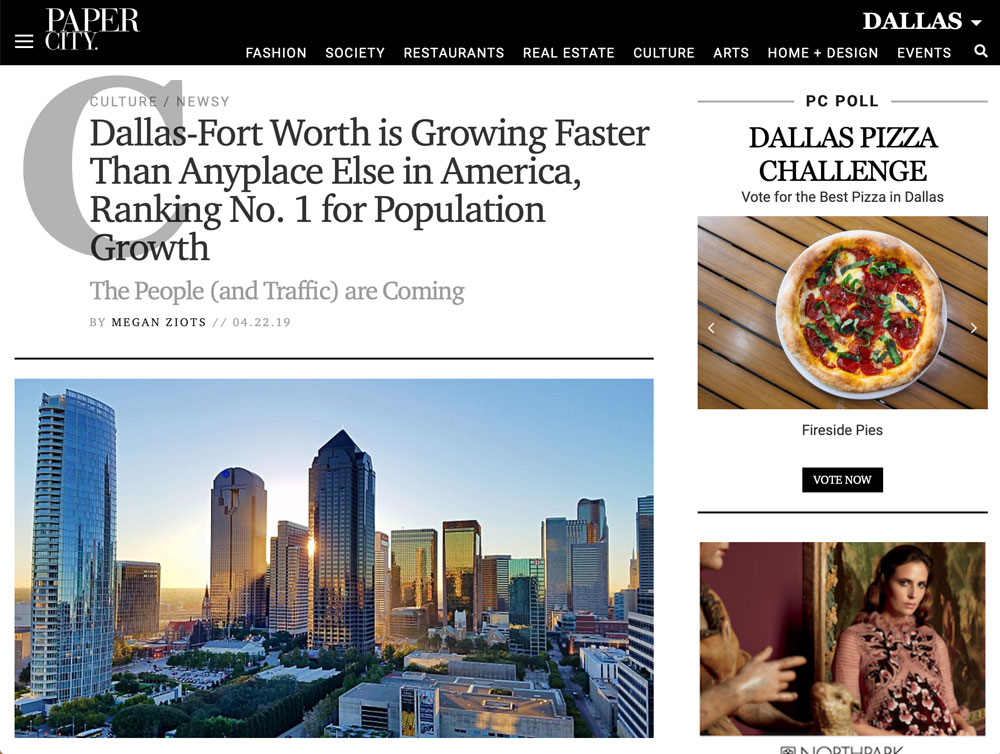 Dallas has been growing for awhile now. We can tell by the ever-increasing traffic on Central Expressway. But it turns out Dallas-Fort Worth is growing faster than any other area in America.

Between 2017 and 2018, Dallas-Fort Worth ranked No. 1 for population growth in the entire country, with an increase of 131, 767 residents, according to the U.S. Census Bureau. The region now boasts 7.5 million people, making it the fourth largest metro area in the United States, trailing only the New York, Los Angeles and Chicago areas.

Dallas-Fort Worth suburban counties ended up being the fastest growing, beating out their urban cores. Denton, Collin, and Rockwall counties ranked in the Top 10 fastest-growing large counties in Texas from 2010 to 2018. Denton county leads with an almost 30 percent increase.

Dallas-Fort Worth also led the nation in job growth for 2018, likely the main driver behind why so many people are moving here. According to the Bureau of Labor Statistics, DFW added 116,400 jobs over the past year. Houston followed closely behind with 108,300 jobs added…