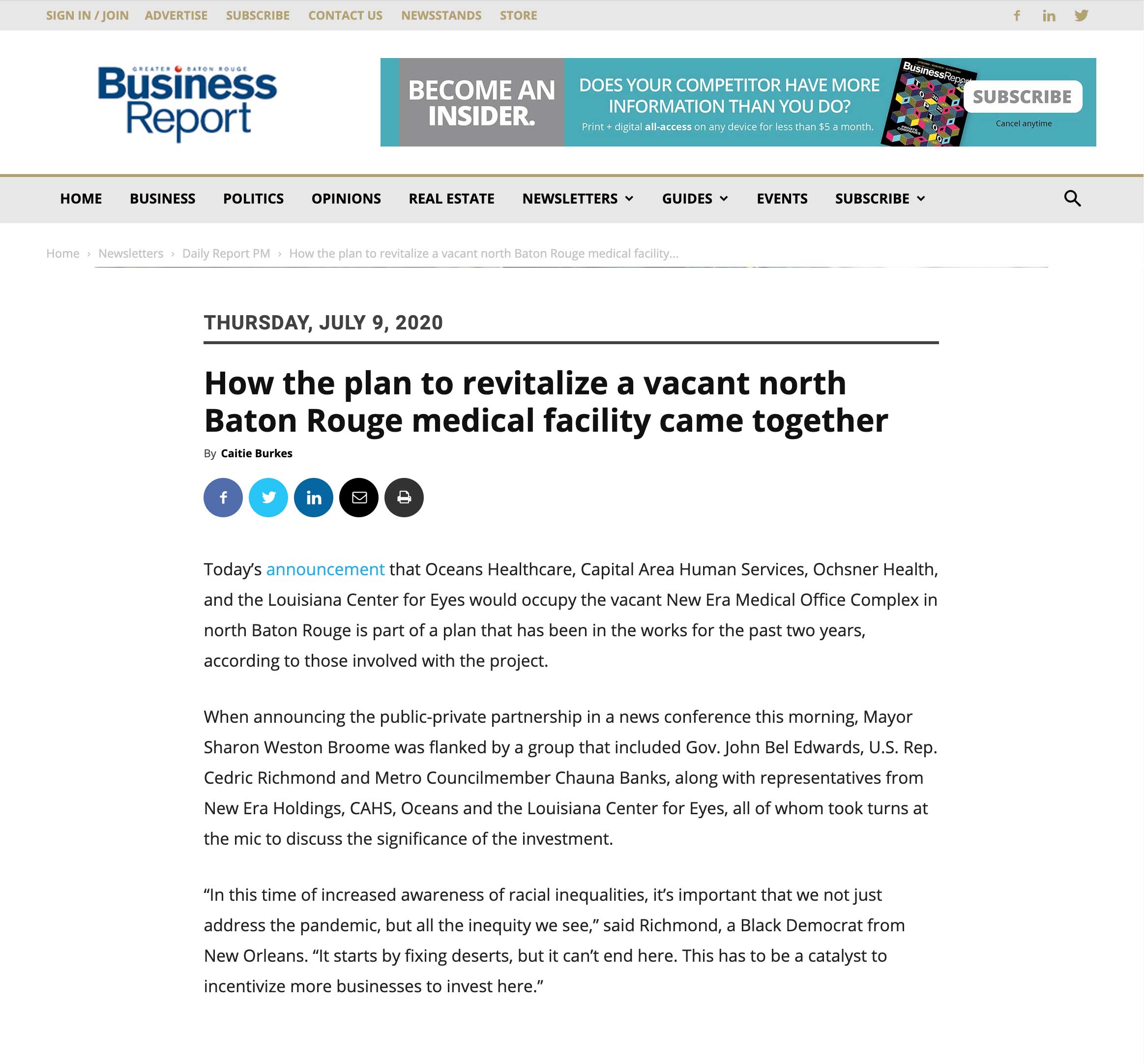 Today’s announcement that Oceans Healthcare, Capital Area Human Services, Ochsner Health, and the Louisiana Center for Eyes would occupy the vacant New Era Medical Office Complex in north Baton Rouge is part of a plan that has been in the works for the past two years, according to those involved with the project.

When announcing the public-private partnership in a news conference this morning, Mayor Sharon Weston Broome was flanked by a group that included Gov. John Bel Edwards, U.S. Rep. Cedric Richmond and Metro Councilmember Chauna Banks, along with representatives from New Era Holdings, CAHS, Oceans and the Louisiana Center for Eyes, all of whom took turns at the mic to discuss the significance of the investment.

“In this time of increased awareness of racial inequalities, it’s important that we not just address the pandemic, but all the inequity we see,” said Richmond, a Black Democrat from New Orleans. “It starts by fixing deserts, but it can’t end here. This has to be a catalyst to incentivize more businesses to invest here.”