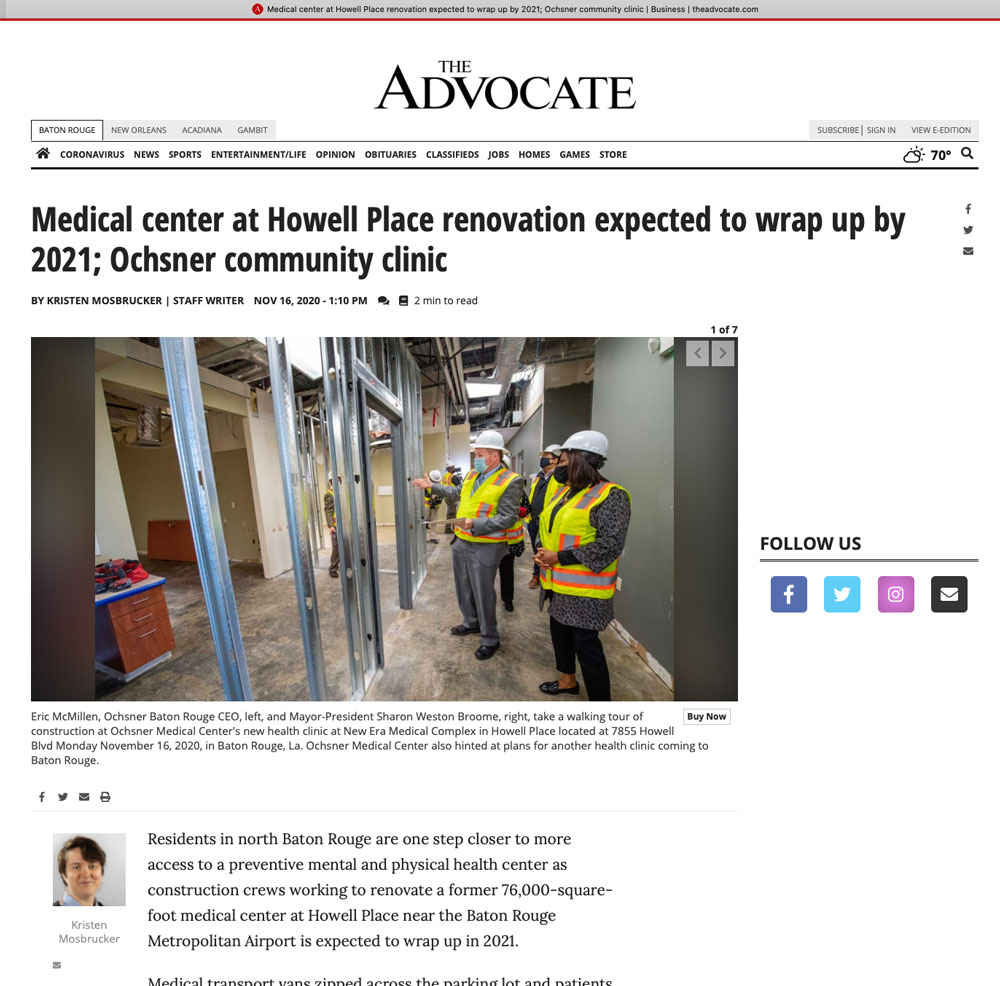 Residents in north Baton Rouge are one step closer to more access to a preventive mental and physical health center as construction crews working to renovate a former 76,000-square-foot medical center at Howell Place near the Baton Rouge Metropolitan Airport is expected to wrap up in 2021.

Medical transport vans zipped across the parking lot and patients visited the center on Monday as some of the tenants leasing space inside the New Era Medical Complex near Harding Boulevard and Interstate 110 have already moved in over the last several months.

New Era Companies, based in Grapevine, Texas, acquired the property and building for $7.2 million. Tenants are expected to invest several million more for renovations to retrofit the 15-year-old facility . The Howell Place hospital opened in 2005 and was operated by Cambridge Healthcare Management Inc. of Dallas as a 10-bed surgical hospital until 2012.