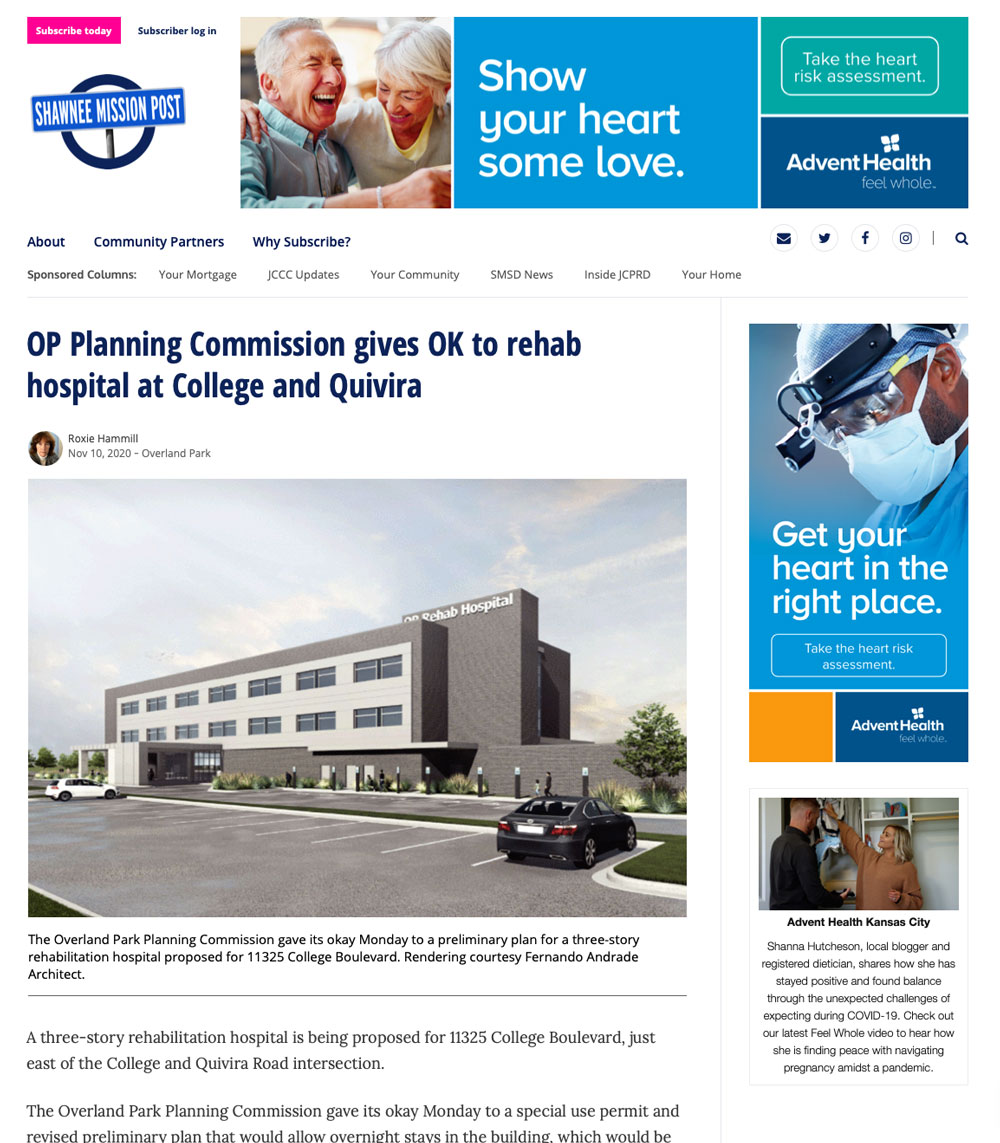 A three-story rehabilitation hospital is being proposed for 11325 College Boulevard, just east of the College and Quivira Road intersection.

The Overland Park Planning Commission gave its okay Monday to a special use permit and revised preliminary plan that would allow overnight stays in the building, which would be constructed just south of the Freddy’s and Panera restaurants.

The hospital being developed by WB Development Partners is part of a national chain of rehabilitation facilities and would draw patients from area hospitals, according to notes on file from the neighborhood meeting. A rehabilitation hospital generally accepts patients from other hospitals who are recovering from strokes or other catastrophic events but need therapy before they are able to return home, said Alex Bennett, who represented the developer. The typical stay would be twelve to fourteen days.