12 Apr Survey: Each physician generates this much revenue a year per hospital 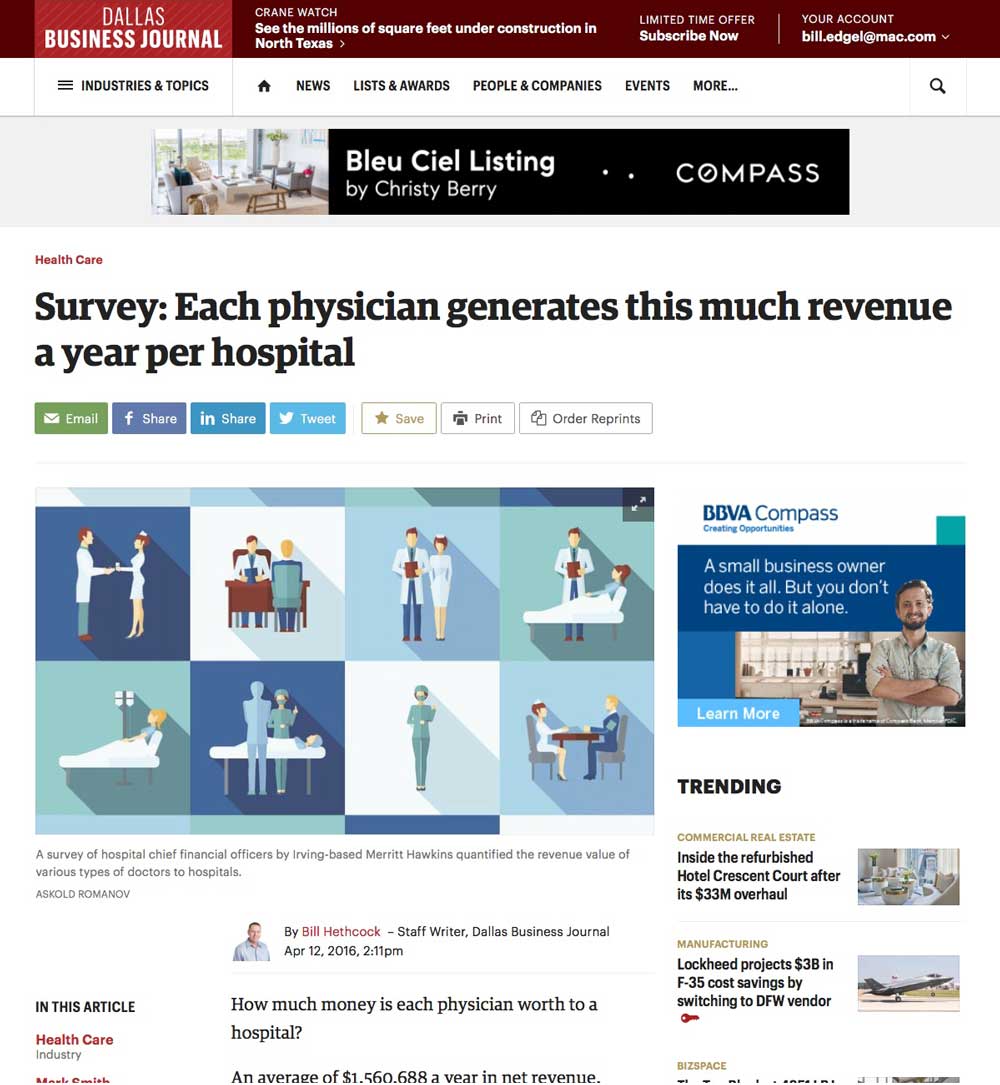 How much money is each physician worth to a hospital?

An average of $1,560,688 a year in net revenue, according to a new study by Irving-based Merritt Hawkins, a national physician search firm and an AMN Healthcare company.

The survey asked hospital chief financial officers to quantify how much revenue physicians in 18 specialties generated for their hospitals in the previous 12 months, including both net inpatient and outpatient revenue derived from patient referrals, tests, prescriptions and procedures performed or ordered in the hospital…

Orthopedic surgeons topped the list of physicians examined in the survey. A full-time orthopedic surgeon generates an average of $2,746,605 a year on behalf of an affiliated hospital, an invasive cardiologist $2,448,136, a neurosurgeon $2,445,810 and a general surgeon $2,169,693.