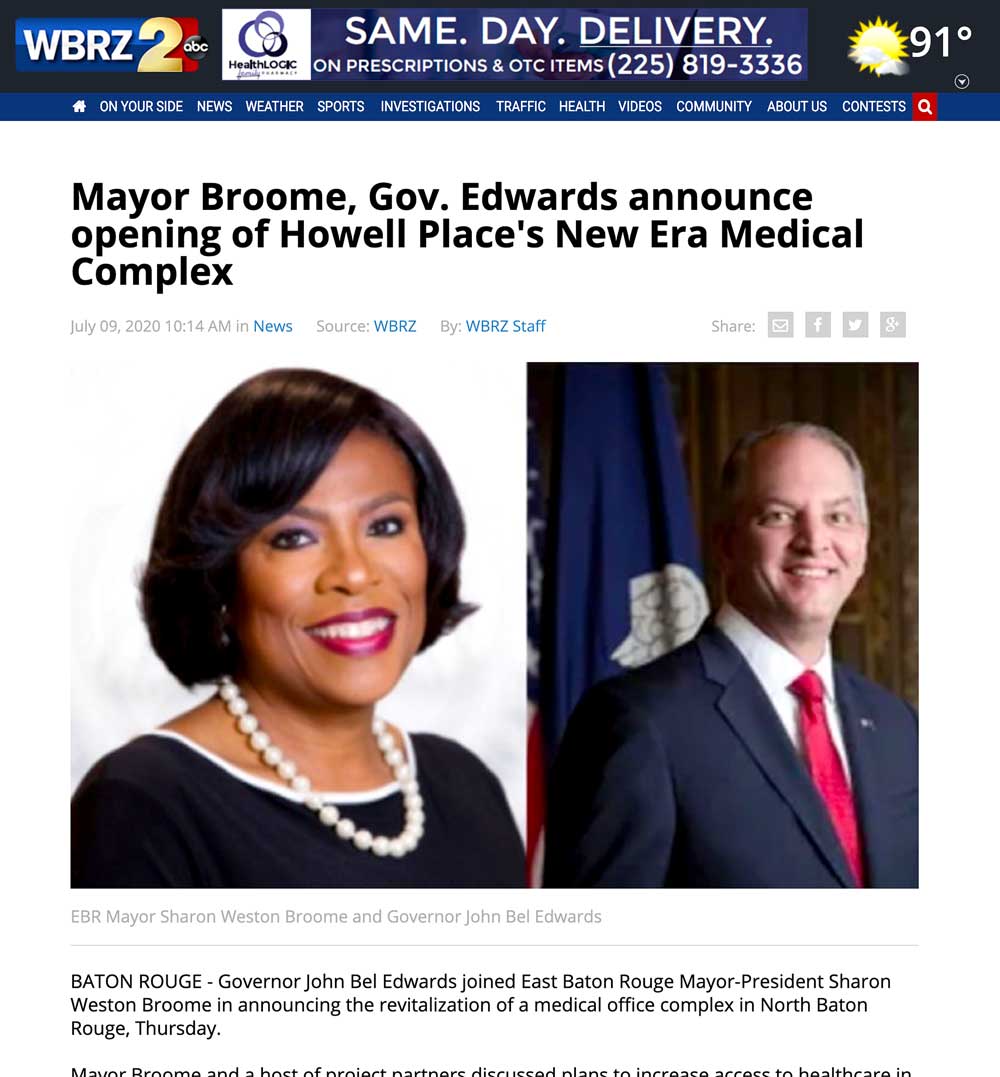 Mayor Broome and a host of project partners discussed plans to increase access to healthcare in North Baton Rouge through the creation of New Era Medical Complex in Howell Place.

During her Thursday morning press conference, Mayor Broome announced a public-private partnership that would end the long term vacancy of the New Era Medical Office Complex at 7855 Howell Boulevard and make it the new home to over 100 job as it provides healthcare services to those needing behavioral health, eye care, and primary healthcare.

The commercialization of Howell Place will increase access to quality care in North Baton Rouge and is expected to create over 100 new jobs, in addition to driving commerce in the surrounding area.